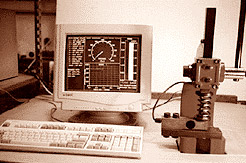 Basically, the purpose of a camshaft in an internal combustion engine is to open and close the valves in correct sequence. In the Otto four-cycle engine, this sequence is timed in relation to the crankshaft and pistons. The ultimate objective of the cam-shaft function is to "trap" the greatest possible weight of fuel/air mixture in the cylinders to attain 100% volumetric efficiency.

As most everyone knows, nothing starts to move or stop instantaneously. This property of matter is known as inertia. If it were not for the inertia of the fuel/air mixture, all engines would be timed to open the intake valves and to close the exhaust valves a T.D.C. (top dead center), and open exhaust and close intakes at B.D.C. (bottom dead center), and regard-less of what rpm the engine turned, 100% volumetric efficiency would then be attained.The average "hot rodder," of course, knows that this just does not work. He has learned that the exhaust opens before B.D.C. and closes after T.D.C. to take advantage of the inertia of the fuel/air mixture, and to provide greater volumetric efficiency as engine speed increases.

Therefore, a wide variety of camshafts are produced to provide various valve timing combinations for different driving applications. The various camshaft grinds carry identifying designations such as: 3/4-race, full race, track grinds, etc. The process of designing, testing, and manufacturing a camshaft is time consuming and costly. To produce a high performance camshaft, the cam begins as a mathematical computation to which manufacturing tolerances are added. Thus, when a mathematical expression, such as a cycloidal cam, is used for highspeed camshafts, the mathematical computation to which manufacturing tolerances are mathematical contour must not vary more than ± 0.0003 inch from the true value at any point.

The foregoing information will now be brought into a more direct relationship to camshafts. Inertia, which applies to gas flow through the induction system, also applies to the camshaft. One instant the valve is seated,the next instant the valve starts to move. As it moves off the seat, its velocity increases until it reaches its peak; it then gradually slows until it comes to a stop when fully open.It then enters a reverse procedure in the process of closing. Should the engine be accelerated too fast, separation will occur due to the high frequency inertia forces, and the valves will no longer follow the dictates of the camshaft profile. This phenomenon is known as "valve float." To overcome this, high performance enthusiasts have increased the valve spring pressure to hold the tappet in contact with the cam at all times.This worked fairly well, but as spring pressures increased it was discovered that the possibility of wear on the camshaft and tappets was also increased.

Therefore, the two most important functions that the cam designer endeavors to achieve are: the thermodynamic problem of getting the greatestpossible fuel/air mixture charge into the cylinder to drive the piston;and, the equally important kinematic condition of keeping the valve train intact at the higher RPM ranges at which the engine may operate.

Early camshafts were made with contours which belonged to one of two families; the simple polynomial or the trigonometric. It was soon discovered that the polynomial curves were superior to those of the trigonometric. They provided smoother action to the valves, were easier to manufacture, and produced less vibration, wear, stress and noise while requiring less torque to rotate.

The advent of overhead valve engines presented certain problems of its own. It was discovered that in addition to the usual thermodynamic and kinematic problems present in designing an operational camshaft, a dynamic problem also existed. This required intensive research into the masses, accelerations, and elasticity characteristics of the tappets, pushrods, rocker arms and springs.

In the mid 1950s, with the aid of an electronic computer, the "Polydyne" formula was employed by iskenderian engineers.This revolutionary camshaft profile combined the advantage of the polynomial equation with the dynamics of the valve train.In the operation of high speed, highly flexible systems, interior performance may be attributed to the difference between what the cam commands the valve to do and what the valve actually does. This erratic action is caused by elasticity, or by the varying degree of stiffness or rigidity of the valve train components.Therefore, the valves do not always follow the dictates of the cam profile under all conditions.

By applying the "Polydyne" formula, it was possible for the first time to design the ca shape to provide the desired valve action. This revolutionary system of cam design recognizes the fact that flexibility cannot be reduced or eliminated but, can be compensated for.

However, with the advances through the years in Cylinder Head porting and induction system design, the "Polydyne" Camshafts eventually reached their design limitation.

Addressing this problem led eventually to the development by sky of the SLC* Formula (Strategic Lift Command) - a cam design program which for the first time made it possible through careful scrutiny of the profile dynamics to achieve a near "Zero-Jerk" Acceleration Curve! The Result: Valve Control over a wider RPM Range while capturing greater area under the lift curve than ever before!

This Revolutionary new cam design program is so computation and memory intensive, for highest 'efficiency it is utilize with Isky's in house state-of-the-art Computer Systems.

Cam profiles designed by Formula SLCare so "Smooth" (higher-revving and easieron critical valve train components) many customers report no more broken rockerarms or bent pushrods as with other so-called "Computer" Cams they had been running. Top Engine Builders too are amazed to discover valve train stability so improved thatvalve spring problems (breakage, loss of pressure, etc.) are completely eliminated.

The SLC Formula, however, requires one condition to be successfully implemented: A high degree of manufacturing accuracy and the finest camshaft grinding equipment, like the Norton Grinder, to obtain the advantages of the mathematically computed curve. It is,therefore, obvious that any attempt to copy these profiles would be impossible without knowledge of the original mathematica equations.

In conclusion, we would like to point out that our use of computer-technology hasadvanced camshaft design to the degree that we can truly state that at Iskenderian Racing Cams, "The Cams of the Future are Here Today!"